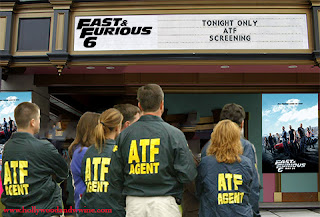 Last night the name Cynthia Garcia came to mind. She was a mother who was brutally murdered by the Hells Angels and dumped in the desert. The murderers claimed she trashed talked the club and I don't see that as believable. She probably just said no to the train and that was the only way she disrespected them or should I say, him. They beat her down, stomped on her head with their boots, threw her in the truck of a car, took her to the desert in Arizona and stabbed her nearly 30 times. They almost cut off her head. Violence against women rationalized by a lie.

The Aging Rebel reported that "Four patched Angels and two prospects were in the clubhouse around the time Garcia was beaten. The prospects were named Dennis Gilliard and David LeMoine. The four patch holders were Augustiniak, Paul Eischeid, Richard Hyder and Michael Christopher 'Mesa Mike' Kramer."

"According to multiple sources, the architect of the murder was Kramer. Kramer was the most senior club member there and he was intoxicated on methamphetamine at the time. Kramer punched Garcia and knocked her off a bar stool for “mouthing off.” He kicked the woman and ordered Augustiniak, Eischeid and Hyder to join in the assault. Kramer ordered the other Angels to throw Garcia in the trunk of his car. Kramer stabbed and slashed Garcia in the desert near Usery Pass south of Mesa."

"By Kramer’s account, the nearly decapitated woman somehow managed to grasp his pant leg as she died. And, he was moved to treachery by that poignant gesture. Less than a month later Kramer became a paid ATF informant."

"Kramer killed Hyder in a traffic accident the following Spring. He was eventually sentenced to five years probation for killing Garcia. He is now enrolled in the U.S. Marshalls’ Witness Relocation Program. Since the Garcia murder, Kramer has been paid slightly more than $415,000 by the federal government." Eischeid was a prospect at the time. He wasn't in charge.

It doesn't stop there. I am told that the Hells Angels run a prostitution site at Humaniplex.com. As soon as you visit that site, they have your ip number. As soon as you click enter, they get all kinds of stuff on your computer. I have reason to believe that site is run by Michael Kramer for the ATF not the Hells Angels. Buyer Beware. The ATF have become a Den of Thieves.

Posted by Dennis Watson at 4:18 AM