The ATF has become a Den of Thieves

I want to pause and examine the character of God. The scriptures say that God is a God of truth and cannot lie. Compared to Satan who is the father of all lies and is a false accuser. Kinda like a troll we all know who is in bed with the PoPo after shooting a woman in the back.

We're also told he who knoweth not love knoweth not God for God is love. Yet love can be manifest in different ways. Giving alcoholics alcohol is not love. Giving drug addicts drugs is not love. When Clay Roueche helped one of his guys overcome a crack cocaine addiction, he showed love for him. Indeed actions speak louder than words.

Joseph Smith was once criticized for not being very Christlike. He liked to wrestle, was bold and a little rough around the edges. He explained and said "Some of the company thought I was not a very meek Prophet; so I told them....I will personify Jesus...to illustrate the principle, & cried out with a loud voice, Woe unto you, ye doctors....ye lawyers...ye scribes, Pharisees, & hypocrites!."

When people talk about being Christlike they usually mean kind, gentle and forgiving. Those are indeed all qualities of Christ. Yet he was more than that. Everything has it's time and place. After all, there is a time for war and a time for peace. A time to fight and a time to forgive.

Christ confronted the religious leaders at the time and said they were liars, hypocrites and extortionists. He referred to them as children of the devil. Some say if Christ came today and taught the same things he taught back then, Christians would crucify him all over again.

We also have to remember that Christ cleansed the temple. Before he physically drove the money changers out of the temple he made a scourge of small cords. He braided a whip. After physically throwing them out he said my Father's house is a house of prayer and you have made it a den of thieves. Andrew Lloyd Webber reenacted the event in Jesus Christ Superstar. 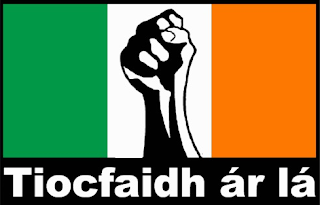