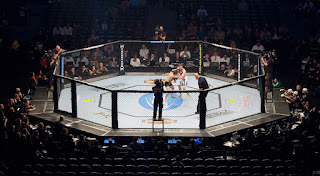 A light weight and a bantamweight doesn't sound too exciting but it's nice to see the UFC make it to Vancouver. Let's hope Dana White can find some class and pull it out of the gutter without those other low lifes turning it into a WWF sh*t show behind the scenes.