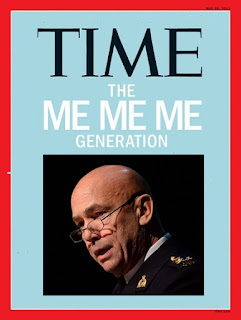 CBC reported that "Three years after settling a sexual harassment and discrimination lawsuit with female officers for $100 million, the RCMP has reached a second settlement — for about another $100 million — for women who worked for the force in non-policing roles. The settlement was announced Monday morning by Klein Lawyers LLP, the same Vancouver law firm that handled the first settlement in 2016. The latest pact is subject to approval by a federal court."

Global is reporting that "In 2016, former Commissioner Bob Paulson announced a settlement had been reached as the result of two sexual harassment class-action lawsuits against the RCMP. He also promised the fist of God will fall on Mounties who perpetuate sexual harassment." Which was absolute bullsh*t because right after he made that ridiculous statement there were new allegations within his own office.

This second lawsuit was a class action. It wasn't just one victim and one offender. It was a climate of unprofessional that permeated the force. Straight from the Friends of Craig Callen right to the office of Bob Paulson. Not to mention his fake fishing trip at Pitt Lake with Craig Callen and Bill Fordy. Much. Although there is no doubt a gag order that goes with the settlement we all know that a female employee of the RCMP was raped by a RCMP officer during the Olympics.

We all complain about the millennial's sense of entitlement. That same problem permeates the RCMP. That is why we need a regional police force in Surrey and why the E Division headquarters in Surrey should not have a bar on site. No one else is allowed to drink and drive. They shouldn't be allowed to either. No Justice, No Peace.

Speaking of RCMP cover ups what ever happened to Mike Webster? He disappeared after he threw Grant under the bus.