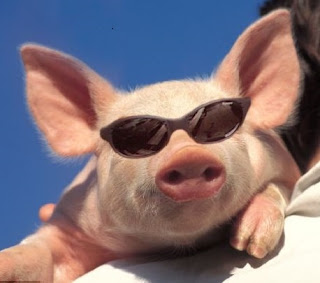 CBC is reporting that mama's boy Jarred Pigsh*t Bacon has had his statutory release revoked because he tested positive for cocaine. "In 2012, Bacon was sentenced to 12 years in prison, minus time served, for smuggling 100 kilograms of cocaine. He was supposed to serve nine years before being eligible for statutory release but was released early, in February 2017 due to a clerical error. He landed back in a maximum security prison after breaking the conditions of his release and again received statutory release in June 2018. In December of last year, Bacon was again found to be in violation of his release conditions after testing positive for cocaine. "Before that event, the caseworkers had doubts about your sobriety," said the board decision, adding that "instead of seeking help, you took steps to actively hide your consumption."

This pathetic loser is like unto Jody York - hopeless. Some people never grow up. He is anything but notorious. The Bacon brothers were yuppies from the suburbs who lived with their parents. Nobody in Surrey liked them. Jonathan was a preppy ass b*tch in bed with Larry Amero from the get go. Jamie was a brainless ork. Jarrod was just an angry young man who did drugs. Nobody cares about him. In 2017 he was too afraid to go to a halfway house thinking he's be killed.

Natural justice will take care of this one. He's too much of a heat bag to sell for the club any more. Now he's just another drug user without a job. Where do you think that's going to take him?

Posted by Dennis Watson at 6:56 AM