Chantix: the suicide side effect 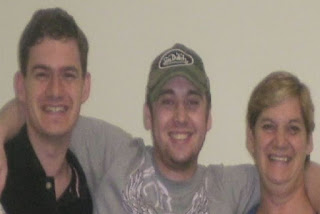 In 2008 Web MD reported that "Federal officials warned Friday that a popular antismoking drug may be linked to suicides in some patients. The drug, called Chantix, has been used by more than 5 million patients as a smoking cessation aid, according to manufacturer Pfizer Inc. The drug will now carry new labels warning doctors and consumers of reports of suicidal thoughts and behaviors. FDA officials said they had received nearly 500 reports of suicidal thoughts, behaviors, and completed suicides, 420 of which were in U.S. patients. Thirty-four cases of completed suicide were recorded in the U.S., along with five cases overseas. The reports don't prove that Chantix was the cause of the suicide. But FDA officials say their investigation showed several suicide cases in patients with no history of psychiatric problems."

Someone recently sent me numerous links about people committing suicide on Chantix and it rang a bell. I remember a friend tell me that when he was on it he felt like killing himself so he went off of it. Obviously everyone isn't going to have the same side effect but there are more than enough documented cases to put a warning on the box to make people aware of the concern in case it starts to happen to them. An Australian inquest found that Chantix contributed to a teenagers named Timothy John's suicide.

"In September of 2016, however, the FDA narrowly voted in favor of removing the warning, arguing that the benefits of Chantix outweighed the demerits of its side-effects and that there was no clear evidence of causality between the drug and the side-effects.” Wow.

Removing that warning is criminal culpability. People need to be aware of the possible side effects so they can stop taking the drug if they start to have those adverse side effects.

Obviously the pharmaceutical companies will pay whoever they can to say whatever they want. Celebrity chef Anthony Bourdain committed suicide while on Chantix. There's a petition to the FDA to bring back the warning labels but it shouldn't need a petition. The facts show that there is a need for the warning. Removing that warning is completely irresponsible. 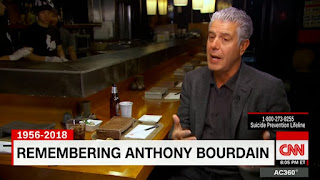