England's changing of the guard 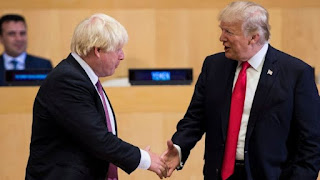 England has a new Prime Minister. Boris Johnson has replaced Teresa May. Boris has risen to fame through his Brexit party. Teresa May was a staunch supporter of Brexit. Her resignation does not seem to reflect concerns with her leadership but concerns within her party who where trying to stonewall the process. Boris has been compared to England's Donald Trump. Politics aside they could both use a comb and haircut.

Rex Murphy's thought provoking video on Donald Trump asked What have we learned? Two things in his synopsis strike me. The first is the rightful declaration that the mob's obsession with the Kardashians, Jerry Springer and Hells Kitchen is weird. I concur. In the words of the Black Eyed Peas "What's wrong with the world, mama. People livin' like they ain't got no mamas. I think the whole world's addicted to the drama. Only attracted to the things that'll bring you trauma."

The rise of Boris Johnson and Donald Trump represents the public's mistrust of the status quo. It represents a legacy of broken promises within both parties. In the US, the Democrats obsession with promoting Hilary's evil has failed to produce a positive alternative to Trump making his reelection almost a given. Since presidents can only run two terms in the US, the next thing we need to ask is what are we going to do to drain the swamp in the third term?

I'm a nobody. I'm just one tin soldier who records his dissent before he rides away and let's natural justice take it's course. The State of the Mob concerns me so it does. Just say'n. 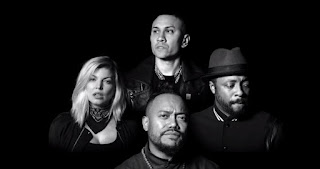