Why is Colombia’s Ex-President on Trial? 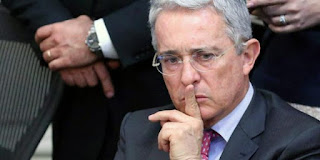 The Cartagena Explorer is reporting that " Uribe was the head of Medellín’s Civil Aviation Authority from 1980-82 around the time that Pablo Escobar begin running large amounts of cocaine from Medellín to the US. A 1991 US Defense Intelligence Agency brief reported Uribe was a close friend of Escobar and connected to the drug trade."

"Scandal also followed his presidency. Battlefield victories by Colombia’s armed forces came at a high cost to rural populations in conflict zones. Most notable is the falso positivos scandal where the Colombian army soldiers killed civilians and dressed them as guerillas to meet kill quotas from Uribe and the high command."

Columbia Reports states that "Investigators found out that the military en masse was luring civilians to secluded areas, executed them, dressed them up as guerrillas and presented the body as a combat kill. In a June 2015 report, the Prosecutor General’s Office said it had found that the armed forces and civilian collaborators had killed 4,475 civilians since 1986."

"A 2018 academic study indicated that as many as 10,000 civilians could have been murdered by the military between 2002 and 2010. This would mean that more than half of the 16,000 combat kills reported that year were murdered civilians, and not guerrillas as initially claimed."

Pablo Escobar worked for the CIA. So did Manuel Noriega. Colonel Edward P. Cutolo testified that in Operation Watchtower the planes loaded with cocaine landing in Panama from Bogata were met by Col. Tony Noriega and CIA Agent Edwin Wilson.

The CIA murdered Major Charles McKee. Libya had nothing to do with it. 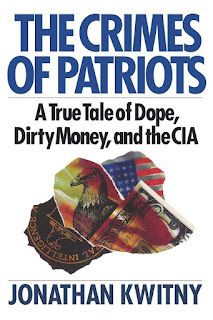