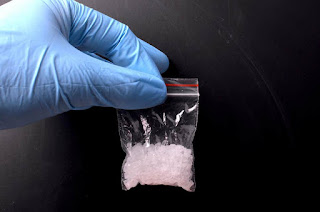 New Zealand Stuff is reporting that Hells Angels hitman James "Jim Jim" Brandes brought back the recipe for crystal meth or Ice from the Hells Angels in Oakland and changed the face of Australia's drug culture forever. Crystal meth is a horrible drug. It's not speed. It has similar effects as speed but it's made with Drano. That sh*t will f*ck you up worse than crack cocaine.

A crack pipe is a long thing glass tube while a crystal meth pipe is the same tube with a glass ball on the end. In Australia they smoke it but they also inject it and it has become a national epidemic like opioids in the US. Reggie Yates produced a stirring documentary on Ice in Australia. The Hells Angels were also caught bringing crystal meth from Australia to Thailand.

Peter Videnieks stole the PROMIS software and gave it to Earl Brian.

Earl W. Brian and the CIA

"Riconosciuto told Bill Hamilton that he and Earl Brian, a director of Hadron, Inc., a government consulting firm, had paid $40 million to Iranian officials in 1980 to persuade them not to release the American hostages before the conclusion of the presidential election that saw Ronald Reagan elected president of the United States; this is the claim now known as the October Surprise."

Speaking of Australia, the CIA crashed the Nugan Hand bank in Australia due to arms dealing, drug trafficking and money laundering just like the BCCI. Maybe they'll give Michael Hand a job as a Fox News host right beside Oliver North. History repeats itself until we learn from it.

Perhaps it was the Michael Riconosciuto case that convinced the RCMP to quit trying to stop organized crime and start learning how to profit from it instead. The movie Freeway: Crack in the System had a former dirty DEA agent who busted Freeway Ricky admit that after the feds pulled the plug on their investigation into Oscar Danilo Blandón they started keeping part of the money they were seizing from drug traffickers for themselves. He admits the new directive wasn't to get drugs off the streets, it was to seize as much drug money as they could to fund operations.

The DEA had busted Oscar Danilo Blandón who was supplying all of LA with the cocaine that was feeding the crack epidemic back in the /80s. The CIA pulled the plug on that bust and said you can't charge him, he works for us. So they made him a paid informant and busted Freeway Ricky instead who was one of Blandón's dealers. After that the DEA lost heart. They figured if you can't beat them join them. That appears to be the RCMP's new motto.

Perhaps it was the Michael Riconosciuto case that caused the RCMP to lose heart. The RCMP investigated Michael Riconosciuto and the INSLAW case. Their conclusion was: The dejected officer shakes his head. "We got further than anyone else ever did on this case," he says, "and nobody outside of law enforcement will ever know what we found because no one in law enforcement can ever tell anyone what we found."

If they found that Michael Riconosciuto was guilty, they would have been able to tell the world that. What they found was confidential so they weren't allowed to report on it. It doesn't take a brain surgeon to do the math. While investigating the Michael Riconosciuto case, the RCMP found out the same thing the DEA found out in the Blandon case, that the CIA were the ones behind the drug trafficking.

That is why the RCMP quit trying to stop organized crime and started trying to find ways to profit from it. Just like the DEA in LA during the US crack epidemic, they figured if you can't beat them join them. That is the WRONG approach. We need to embrace the New York model and get rid of the police corruption that endorses that kind of criminal activity. After we do that, then law enforcement will take care of itself.

Kill the Messenger - Crack in the System - The Seven Five 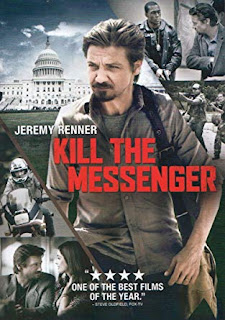 A Meth Lab Exploded Inside a Government Building

Never mind all that. Russia hacked the election and the CIA is going to impeach Trump. Not.

Oh and they killed another fake terrorist leader that used to work for the CIA.

Posted by Dennis Watson at 7:31 AM