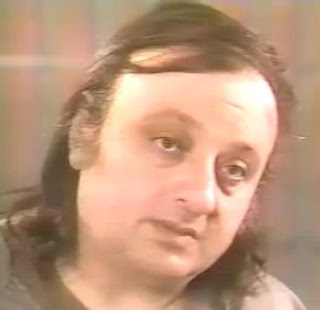 Here's an interesting article about two Mounties investigating Michael Riconosciuto and the PROMIS software. No, Michael Riconosciuto is not a mobster tied to the Rizzuto family in Montreal but he is a convicted felon in prison for drug trafficking. The interesting part is who he worked for before he went to jail. He's a computer genius and was working for the CIA. He helped them modify the PROMIS software.

Now there's been a lot of talk about this PROMIS software that even ties in to Mr. Bill in Arkansas. They claim the CIA stole the software. Although I'm sure it's relevant to the person they stole it from, that's not they key issue. What's most relevant is what the PROMIS software was and what it did.

The PROMIS software was a Trojan horse. It was supposed to help countries organize their files. Yet it contained a spyware script that let the CIA spy on their "allies" that used the software and access all their police files. OK. OK the CIA selling a Trojan horse software to their allies to let them spy on them isn't really earth shattering. One would expect as much from the likes of the CIA.

The interesting thing is, Michael Riconosciuto worked for the CIA and helped them modify it. Now all of a sudden he's in jail for drug trafficking. I find that very suspect. I watched an interview an Australian news agency did with him on Youtube. I find Michael Riconosciuto to be a very credible witness with many interesting things to say. Ted Gunderson, a former FBI agent supported him. Unfortunately Ted passed away last summer.

The conclusion of the Mounties investigation? The dejected officer shakes his head. "We got further than anyone else ever did on this case," he says, "and nobody outside of law enforcement will ever know what we found because no one in law enforcement can ever tell anyone what we found."