Gwyn Morgan is an Idiot 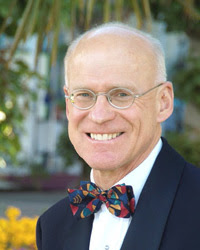 The Vancouver Province ran another absurd column today about Occupy. This time it was a guest column from Gwyn Morgan. Turns out Gwyn's a guy and he sure loves his Pee Wee Herman tie. The title is Occupy's proposals will make everyone poor. Clearly this guy is on crack. You can tell by that glassy look in his eye and his poor choice of wardrobe.

Once again he labels everyone supporting the Occupy protest as Communists. After all, everyone who didn't vote for Stephen Harper is a socialist or a separatist so they claim. He goes on and on about the redistribution of wealth. That is not what this is about. He is not listening.

Stopping investment fraud will not make everyone poor. Refusing to do so will. Recently the fact that most of the politicians in the US legally get away with insider trading made the news. Stopping insider trading will not make everyone poor. The Greek financial crisis was the result of investment fraud. The Bank bailouts were also the result of fraud. This kind of corporate theft is what's making the hard working tax payers poor by stealing from them. Committing fraud to create a manufactured emergency then using tax dollars to replenish what they stole. Gwyn Pee Wee Herman will not change that fact with his verbal nonsense.

Gwyn Morgan is not a conservative. He is a corporate neo con. Bill Tieleman claims he is Christy Clark's transition advisor. Transitioning us from in the frying pan with Gordon Campbell to straight into the fire with Christy Crunch.

"It is my earnest submission that signing the Kyoto Protocol would go down in history as one of the most damaging international agreements ever signed by a Canadian prime minister." Gwyn Morgan, Christy Clark transition team advisor. Sustainability is a civic duty. Refusing to be accountable is irresponsible.

The neo con emerges when they abandon small business in practice and only pay them lip service. The neo con emerges when they become consumed in corporate greed. Letting huge corporations rape the planet at will all in the name of increased profit. Everyone has to pay their fair share. Donald Trump paying no taxes while a bus driver pays a significant amount more taxes is wrong. Just as making small business pay the bulk of the business tax and reducing the huge corporation tax bill to zero is wrong. It's not about the redistribution of wealth. It's about getting rid of the freeloaders who refuse to pay any tax while they exploit the general public.

This guy is a serious fruit loop. The Tyee claims he supports the NAU and all the erosion of individual rights, freedom and sovereignty that brings with it. Being an advisor to both Christy Clark and Stephen Harper is a huge red flag. In fact, there are some interesting conservative arguments about how the corporate Rockefeller's are the real communists trying to enslave the general public and rob them of their freedom.