Rock Machine shot at in Winnipeg 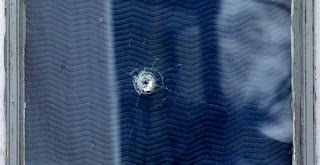 Two homes in the 1000 block of Beauty Avenue were hit with gunfire Tuesday night in what sources say was most definitely a targeted attack linked to organized crime. The Free Press has learned two high-ranking members of the Rock Machine were inside one of the homes at the time bullets started flying. It appears the other residence that was struck was simply a case of poor aim by the unidentified shooter. Looks like the Big Red Machine just can't let it go. Give it a rest in December you heartless pricks.

The latest Edmonton shooting victim has been identified as Ashneil Singh. Looks like the newspaper got that from facebook not from the Edmonton police.