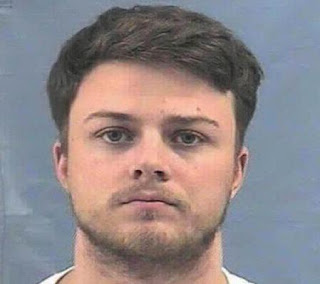 Andrew Aurie Jefferson, 26, known as the Falconridge rapist in Calgary, has a criminal record of sexual-related offences. Police say his method of attack is to use a knife to threaten and then grab a woman from behind.

It is rather bizarre that a high risk sex offender from Alberta would be released in Surrey thank you very much. I remember when the balcony rapist was released in Surrey. There was a public protest held in Newton. He moved. This time we're not so lucky. He did go to Mission first after his plans of moving to Kelowna fell through.

He has to go somewhere but five years for three armed rapes with no counseling is not right. That's the whole point of our desire for judicial reform. Raising the penalties for nonviolent crime and demanding the provinces pay for it will continue to prevent us from fixing this problem of being able to properly address violent crime. Ten years is not life.

In Kelowna we have a Hells angels associate out on bail having been charged with sexual assault. His case won't go to trial until a year after his arrest. What is his victim supposed to do during that time living in the same small town?

We also are waiting for the results of that gang rape at the Renegades clubhouse in Prince George. Hells angels associates accused to gang raping someone in one of their drug dealing puppet clubhouses. The sad thing is, Andrew Jefferson isn't the only rapist running free in BC. Even police officers have been charged with committing rape. We can't address this like we should if we prioritize nonviolent crime.