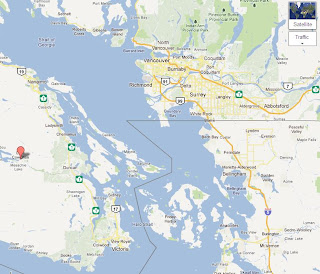 Speaking of the Victoria drug trade, a 44-year-old Lake Cowichan man faces money-laundering charges after RCMP seized more than $2.6 million U.S. allegedly tossed into the waters off Sidney, B.C. earlier this year. Jeffrey Melchior is charged with possession of property obtained by crime, and laundering proceeds of crime.

Lake Cowichan is on Vancouver Island. In fact, the Cowichan river runs right through Duncan to the Georgia Straight. Duncan is a drug hot spot half way between Victoria and Nanaimo. This is a significant amount of money that was recovered by fluke. How many more suitcases of dirty laundry already made it through? Another example of how big and powerful the Victoria drug trade really is. At least he was on a five-metre rigid inflatable this time instead of a jet ski.

Posted by Dennis Watson at 9:58 PM