The Eagles have Landed 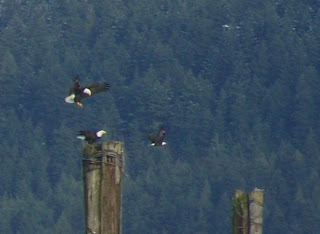 Once again, this has absolutely nothing to do with gangsters, drugs, prostitution or the gang war that has plagued British Columbia. It's about what TI and Rhianna refer to as Living your life.

We had a life before the Hells angels came to BC and before the gang war started. Back in the day our motto was Beautiful British Columbia. Gordon Campbell changed it to The Best Place on Earth which is absurd. BC is not the best place on earth and Gordon Campbell significantly diminished it with his insane tenure as Premier. Nevertheless, BC is still beautiful just like many other places on earth.

Australia kinda has the best of everything - nice beaches, warm climate, Kangaroos and even has snow in their mountains during winter. Like that's not fair. They seem to have everything. Nevertheless, we do like our mountains. I remember speaking last year with a girl visiting from Brazil during winter. I said oh you have nice beaches in Brazil. Her eyes lit up and said yes but not like here. Our beaches are HOT. Indeed there are many wonderful places on earth. Yet this is our home and we do appreciate it's rustic beauty.

This weekend is the Bald Eagle Festival at Harrison. The eagles come to feed on the chum after they have spawned. It's wonderful to see. Usually very cold and wet this time of year but something to see nonetheless. Eagles are pretty private. If you get too close they just casually fly away so bring your binoculars. The boat tours don't do it. The motorboats scare them off and too many boats will disrupt their feeding habits.

I put the Kayak in at Kilby at Harrison Mills today and paddled up past the bridge where the Harrison river spreads out wide to less than a foot deep. The boats can't get there but that is where the eagles are feeding on the rotting salmon carcasses. 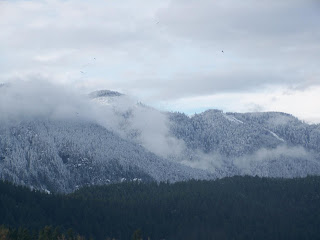 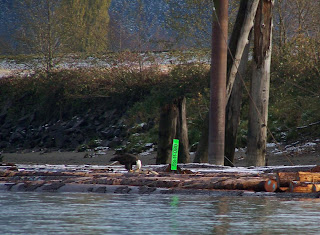 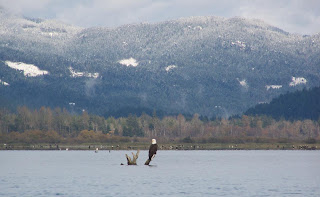 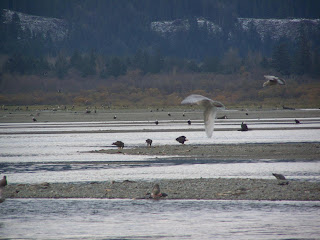 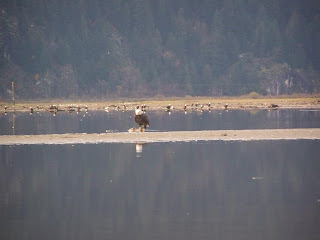 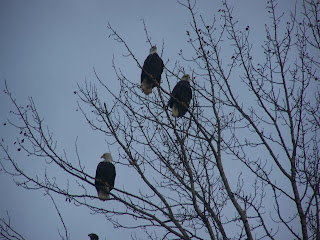 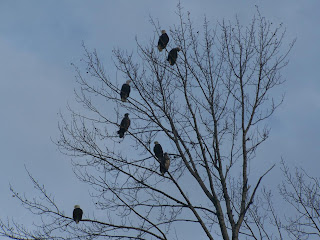 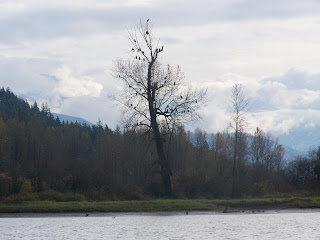 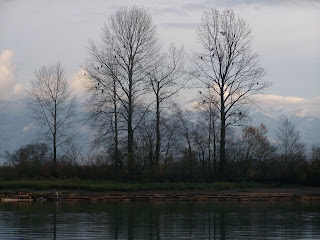