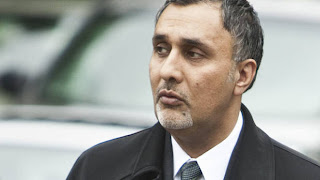 My oh my, BC Mary is a wealth of information. She quotes a Times Colonist article about how the shortage of judges has resulted in Impaired cases tossed due to clogged courts. This is another reason why Stephen Harper's lopsided crime bill is preventing us from addressing violent crime.

After the charges against Basi in the B.C. Rail matter were stayed, a new trial was set for July 20, this year, but the trial could not proceed because of an issue over the disclosure of documents.

"There's cause for concern that if the matter is not set for trial quickly, there's a real possibility the charge will be stayed for overly long delay," said Crown prosecutor Nils Jensen.

At the time, Coquitlam RCMP had jurisdiction to investigate Pickton because of an active investigation stemming from a 1997 attack on a prostitute, LePard said. The woman died in hospital but was revived. Pickton was charged with attempted murder and unlawful confinement but the charges were dropped by the Crown in 1998.

LePard testified that after the 1997 attack by Pickton, the RCMP seized his clothing, which was kept in a storage locker and was not tested for DNA until 2004 — two years after Pickton’s arrest for murder. Police then learned that the DNA of two missing women — Cara Ellis and Andrea Borhaven — was also found on Pickton’s jacket and boots.

Vancouver police had received two tips in July and August 1998 that Pickton was responsible for the death of one and maybe all of the women who were going missing from Vancouver’s Downtown Eastside. LePard recalled that in September 1999, an RCMP officer had attempted to call Pickton to arrange an interview but reached Pickton’s brother, Dave Pickton, who suggested they were really busy with work.