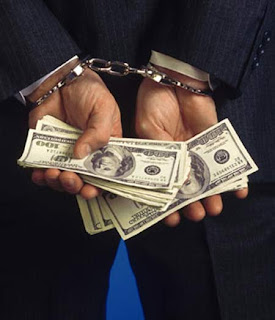 Two years for stealing a million dollars and one year for growing a few pot plants. This is a prime example of how no two people disagree on every issue. In the last election debate Michael Ignatieff argued against mandatory minimum sentences. He said the US is a failed system. We are not obligated to follow a failed system. One thing he said I agree with, one thing he said I disagree with.

I totally agree, where the US has failed, we need not repeat that mistake. Enron and the California prison system are two examples. Privatizing the prisons is insane. Mandatory minimum sentences for nonviolent crime is nonsense. It has created a manufactured emergency wherein their prison system was ordered to release one quarter of it's prison population due to over crowding.

Likewise I think addressing white collar crime and implementing mandatory minimum sentences for it are a good thing. Capping it at a million dollars is rather high. Currently there are endless investment frauds for under a million dollars that combine to constitute a substantial amount of money. It's like a crack dealer having runners back and forth so he only gets caught with a small amount at one time thus avoiding a larger penalty.

We need to address white collar crime and investment fraud. However, publicly patting ourselves on the back for creating one white collar crime law then deregulate the banks and stock exchange making enforcing that law more difficult. If we are sincere and if we genuinely want to address the kind of white collar crime that created the Greek financial crisis, we need regulation as well as mandatory minimum sentences.

Interesting to note, Organised Crime Accounts for Greater Proportion of White-Collar Crime. This is even tied to a drive by shooting in Shaughnessy on July 7 2007.