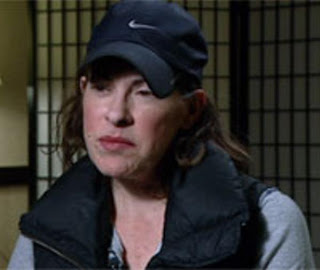 Cpl. Catherine Galliford claims that she will be testifying at the missing Women Inquiry not for the RCMP but for the victims. She claims her evidence will be explosive. Let's hope she doesn't suffer and unfortunate accident before then.

Catherine Galliford is the one that has come forward outlining years of sexual harassment while working with the RCMP. One media outlet claimed Deputy Police Chief Jennifer Evans’ report blamed the delay in arresting Pickton in infighting between the RCMP and the VPD. Yet that really doesn't make sense. Infighting is what crushed Operation Phoenix. The RCMP were upset they lost the gang task force jurisdiction for BC and sabotaged that mission to get it back which they did.

However, infighting can't explain the delay in arresting Pickton. If either group were zealously wanting to promote themselves, it would have been a race to get the warrant and make the arrest. Yet that's not what happened. The reason for the delay seems to be the crucial question. Catherine Galliford testified that the police had enough evidence to get a search warrant of the Pickton farm two years prior to them doing so. The reason for that delay is significant. It wasn't just a matter of being lazy or not taking the murder of sex trade workers seriously. It was more than that.

I don't know what Catherine Galliford's explosive evidence will be but we do know that the Globe and Mail has reported that the Inquiry will hear testimony that off duty police officers attended parties at Piggy's Palace. We don't know what witnesses will testify to that fact. That could explain the delay in getting the warrant.

When very junior RCMP Const. Nathan Wells finally obtained a firearms search warrant on Feb. 5, 2002, for the Pickton farm, Galliford said, she confronted a top RCMP officer, telling him, “You’ve known this since 1999.”

I don't want in any way to minimize the sexual harassment she endured working with a bunch of pigs, please excuse the pun. I just want to clarify there is a difference between being rude and politically incorrect and attending parties at Piggy Palace. We know a lot of people attended parties there. We have the recorded testimony of one witness who claimed people were doing the wild thing all over the place. That would imply that sex trade workers were present at the Piggy's Palace parties run by the Hells Angels. Everyone seems to be silent about that part. The court did hear the Hells angels had a grow op on site and we did hear testimony that Hells Angels attended those parties in colours all the time.

There are quite a few conspiracy theories abounding on the case. We need to remember that Robert Pickton was convicted even if he wasn't the primary suspect in the murders. The judge told the jury that he could be convicted if he was an active participant. The one who disposed of the bodies so to speak.

It mall makes me think about Hunter Thompson's untimely death. Hunter Thompson was a journalist who spent time with the Hells Angels in the US to write a book about them which he did. At the time he was criticised for his casual attitude abut the Hells Angels' involvement in gang rape. Yet the thing that gets me is the last story he was working on. About snuff films and the sexual abuse of boys tied to US politicians.

In fact there have even been allegations that he wasn't just writing a story about it but that he was actually involved with it. Involved with the child sex abuse and snuff films at the Bohemian Grove Alex Jones talks about. That would be taking gonzo journalism a step too far. We know that the news of the Franklin Cover up hit the Washington Times:

"A homosexual prostitution ring is under investigation by federal and District authorities and includes among its clients key officials of the Reagan and Bush administrations, military officers, congressional aides and US and foreign businessmen with close social ties to Washington's political elite. Reporters for this newspaper examined hundreds of credit-card vouchers, drawn on both corporate and personal cards and made payable to the escort service operated by the homosexual ring." -- Washington Times, 6/29/1989

In fact, one Youtuber claims that one of the victims, Paul Bonacci, who reported about the child abuse ring at the Bohemian Grove, identified Hunter S Thompson as the videographer. Photographer Russell E. "Rusty" Nelson was arrested two days after journalist Hunter Thompson reportedly committed suicide.

Hunter Thompson's involvement isn't the subject of my query. The fact is, a child prostitution ring involving US politicians did exist. My question is, was Piggy Palace Canada's Bohemian Grove? (Less the homosexual child part) 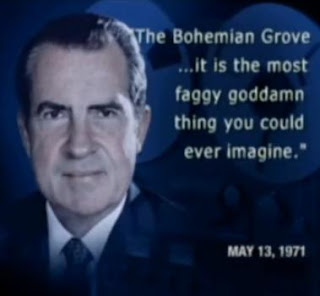