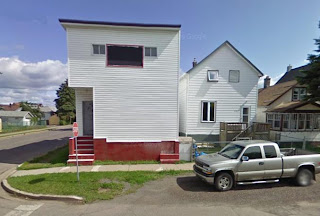 Thunder Bay City council unanimously voted Monday night to approve Evergreen a United Neighbourhood’s plan to convert the former Hells Angels clubhouse on Heron Street into a community space. Evergreen coordinator Linda Bruins told council that the group currently holds its meetings on a street corner near Minnesota Park. The space on Heron Street, given to the group by the Ministry of the Attorney General, would allow Evergreen to have indoor meetings and have a space to hold events.

Clem Hamel said the area has enough community centres and churches. Council heard from supporters of the idea before making the unanimous decision. Coun. Paul Pugh said this was the best opportunity to see a former negative space turned into a positive one. “It’s got to be about a positive move as I can imagine,” Pugh said. Former police officer mayor Keith Hobbs said he supported the change.