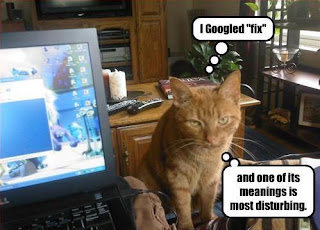 It's impossible to keep up with all the bad press the RCMP is getting. Evey day a new horror story. Police brutality, sexual harassment, sexual assault, impaired driving, hit and run, the list goes on and on and on. We've gone from accusations of the police blackmailing prostitutes to having sex with them and trying to smuggle a prostitute onto a police cruse ship doing security for the Olympics to numerous allegations of sexual harassment at the workplace and even several allegations of police officers raping fellow police officers. The number of cases is absurd. It forces the average civilian to ask what the hell is going on there? The professional image isn't just tarnished, it looks more like a circus of unprofessionalism.

Making a politically incorrect statement is one thing but raping a fellow officer is another. During the Olympics a police officer was accused of raping a fellow officer. We are told alcohol played a factor. Yet back in 2003, Four female RCMP officers alleged they were sexually assaulted by one of their superiors.

We are well aware of the disastrous affair with a witness in the Surrey Six Murder trial. The front page of Friday's Vancouver Province contained yet another accusation from another witness at the current sexual harassment trial involving Cpl. Catherine Galliford. The married female officer claimed she was pressured into having a sexual relationship with her fellow officer after she was caught by her husband who read text messages on her cell phone. It was either consensual or it wasn't. Either way having sex in patrol cars on duty pretty much demonstrates how unprofessional that force has become. It's a huge problem.

Since many of the allegations are of a sexual nature, it is tempting to fix the problem like you would fix your cat and nip it in the bud so to speak. Yet I'm looking beyond the sexual perversions in the force. I'm looking at the root of the problem. Galliford says the command and control structure at the RCMP means Mounties are instructed to do as they're told, or risk getting reprimanded. We need soldiers not sheep. Soldiers like General Romeo Dallaire not abusive idiots and wing nuts.

The problem I see begins at the beginning. It begins with Depot. Ever see the movie Full Metal Jacket? Abusive training breed psychopaths. The theory was break someone down then build them back up. It is a self defeating process because it teaches breaking someone down is good and right when it most certainly is not. It also leads to an undesirable conclusion.

Depot training can be hard and demanding without being so degrading and abusive. Get someone exhausted then build them up. That's how you train a reflex. What you train when you are exhausted trains a reflex. Abusing recruits when they are exhausted trains them to be abusive. That is what we are now seeing in the farce. To change that we have to begin at the beginning and make depot challenging but positive. Build their self esteem, build their self respect, then they will show respect for others.