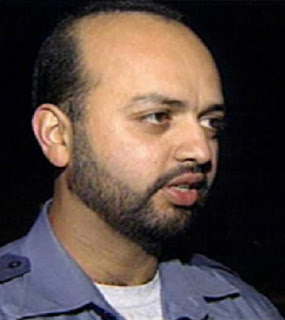 December 15 2003 Constable Ravinder Dosanjh was suspended with pay by Victoria police in connection with an ongoing investigation. Police Cheif Paul Battershill later says the suspension was in connection to a drug investigation and the raids at the legislature.

In a dramatic and riveting video recording made by the RCMP anti-corruption squad, Const. Ravinder (Rob) Dosanjh looked wan and drained when confronted with the results of a six-month investigation into his family ties and honesty.

He steadfastly maintained throughout the Dec. 15, 2003 interview with RCMP Insp. Don Adam that he did not compromise any case or leak information to his relative, accused drug-dealer, Mandeep Singh Sandhu. "I'm not involved," Dosanjh stammered. "I know the difference between right and wrong. At least I think I do. I see what you got. It's not looking good." He appeared devastated by the accusations.

Sandhu's home was raided Dec. 9, 2003, and he and eight others face federal drug conspiracy charges involving cross-border trafficking. Six days later, Dosanjh was arrested and suspended from his job with pay. A year later he was charged and fired.

Ravinder Singh Dosanjh is accused of counselling his cousin, Mandeep Sandhu, to lie to police about the source of $30,000 that was seized by investigators during a raid of Mr. Sandhu's house on Dec. 9, 2003. The court heard that police believe the cash is drug money.

The Sandhu raid was part of a larger investigation into drugs, money laundering and organized crime that, on Dec. 28, 2003, led police to the legislative offices of David Basi and Bob Virk, top aides in the Liberal government.

Mr. Sandhu was part of a group of B.C. Liberal Party fixers who were known in political circles as "Basi's Boys." One of their strengths was the ability to quickly sign up supporters for candidates.

In court yesterday, defence lawyer Ian Donaldson argued that while his client admitted in the witness box that he told Mr. Sandhu to lie to police, he never intended for him to follow through on the advice.

Ravinder Dosanjh has "vast property interests". Dosanjh is director of Dosam Developments Ltd., which lists its address as 4487 Densmore Ave. in Victoria. Corrections officer Jarnail Samra is co-director of the business. Dosanjh is listed as an additional owner of a single-family home at 1289 Walnut St. in Victoria, assessed at $167,900. Samra, a worker with the Children's and Family Ministry, is listed as the owner.

He is also listed as owner of 2163 West Weiler Ave., in North Saanich assessed at $310,000. Mandeep S. Sandhu, a courier, is listed as an additional owner. Mandeep Sandhu is his cousin caught with $30,000 police beleive was drug money that Dosanjh told him to lie about where it came from.

From the interview we are told: "This [$35,000] is drug money he's talking about, and you're talking about it," Adam added. Dosanjh choked up and, for a moment, it appeared he was going to break down emotionally. "You okay?" the empathetic Mountie asked.

"I'm fine," Dosanjh replied. "It's probably drug money." He paused, then conceded: "I'm sure it's drug money." "This sounds like you're partners," Adam said. "It's criminal is what it is. . . . Full partners' discussion, that's what this is. . . . It's beyond stupid." Dosanjh said: "My head's spinning right now trying to recall. I would not tell [Sandhu] about a search warrant and jeopardize an investigation like that." Basi-Virk Trial Timeline.

Posted by Dennis Watson at 1:32 PM