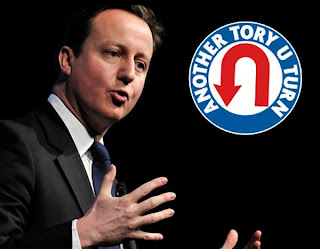 BRITONS have been robbed of the chance to vote on a power grab by Brussels despite promises of a referendum. In the wake of the Lisbon Treaty fiasco, David Cameron vowed Britain would never again give away powers to Brussels without first holding a referendum. In a spectacular U-turn, however, Mr Cameron has now backed plans to sneak changes into the Lisbon Treaty without triggering referendums across Europe.

David Cameron faced a furious backlash from his own MPs yesterday as he shamelessly broke his pledge to hold a referendum on Europe. The Tory leader gave his guarantee in 2007 saying: "If I become PM a Conservative government will hold a referendum on an EU treaty." He claimed failure of politicians to keep promises was the "cancer eating away at trust in politics". But yesterday he tried to squirm out of his pledge by arguing once Lisbon became law it was no longer a treaty - then sent William Hague out to face the cameras.

Farewell British Sovereignty. Maggie what have we done? 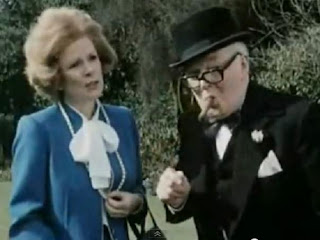