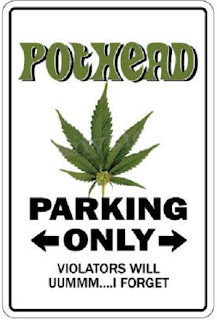 The Vancouver Sun is confirming what I heard on the radio this morning. Mayor Gregor Robertson of Vancouver has joined four former city mayors in support of legalizing marijuana. He tweeted Thursday night: "Good to see 4 Vancouver ex-mayors calling for end of cannabis prohibition. I agree, we need to be smart and tax/regulate."

I don't want to be too cynical but I have some serious concerns. Which of those mayors were in charge when Vancouver City Hall bought the Drake Hotel from the Hells Angels to turn it into social housing? They gave the Hells Angels $2 million more than it was worth. You can't even call it a bribe because they didn't get anything in return. It was simply a $2 million misappropriation of social housing funds. Once again the DTES residents get screwed.

Let's see, Gregor Robertson was elected mayor November 2008 and the purchase of the Drake Hotel from the Hells Angels was in 2007. That would be when Sam Sullivan was mayor when the NPA formed a majority on City council. Legalizing pot is one thing but handing over $2 million marked for social housing to a criminal organization is another.

Which brings us back to the Black door. I've written about the Black door, twice, make that three times and notified the Gang Task Force. Nothing has been done about it. Freddy claims the VPD are well aware of it and let it operate. He claims they told them to shut down during the Olympics but let them open up again right after. Today, the Black door was the revolving door. People were in and out as it was doing major business.

Letting the Hells Angels sell pot is one thing but letting them use violence to control the market is another. They are not allowed to sell pot in the Amsterdam cafe. If they do, the city will shut them down. Then why does the City let the Hells Angels sell pot across the street at the Black door and the Vancity Bulldog Cafe? Letting one but not the other is wrong. In fact it is suspect.

My question is, when the Vancouver mayors say they want pot regulated, I have to ask by who? The Hells Angels? That is who the City is currently letting regulate it. Claiming that legalizing pot will eliminate organized crime is nonsense. Gambling is legal and there's plenty of organized crime involved with that.

Don't get me wrong, I much rather see them smoking pot in east van than crack but that is just on one corner. On another corner you can buy crack, another corner crystal meth and another corner you can buy heroin. All controlled and regulated by the Hells Angels. That is a massive amount of money changing hands. The City is fully aware of the problem because on welfare day they line up for their crack like for a boxing day sale. Instead of arresting the obvious dealer, they hand out free needles and crack pipes. This is inherently wrong.

It's kind of strange that they be launching this public campaign right after a federal election when the Conservatives were given a majority government. It's kind of like the Rogue Page standing in Parliament with a Stop Harper sign right after he was elected. Shouldn't you be doing that before an election? Don't get me wrong, I'm all for free speech and I totally agree speaking out against certain policies of an elected government is not only a right but a civic duty. Yet the minority does not over rule the majority just because they yell louder.

At one time, Quebec Separatism was a huge issue with a huge following. It was hovering right around 49% for and 51% against. It was very close and was a significant issue. Yet just because the minority yell louder doesn't mean they are the democratic majority.

I fully agree that both extremes are absurd. One one side we have the 49% screaming for the legalization of pot. On the Other side we have the Harper government implementing mandatory minimum sentences for growing pot and demand the provinces pay for their legislation. Somewhere in the middle we have 69% of the population that says putting all those resources into incarcerating people for growing pot is a waste of time and taxes.

Legalizing pot would make it way more popular. Everyone would be pulling out the blunts and saying party! It's Mardi Gra! I'm not sure that would be such a great thing. Although there is a huge difference between pot and crack or meth, there are a lot of people out there that smoke way too much pot. Becoming potheads isn't something to brag about either. It still boils down to extremes and special interest trying to promote their own agenda.

Meanwhile we can all agree too many people are dying from the gang war. I'm just saying legalizing all drugs is irresponsible and legalizing pot most certainly won't stop the Hells angels from using violence to control or as the mayors say, "regulate" it.

My appeal for common ground is to leave the status quo, get rid of mandatory minimum sentences for growing pot and actually implement mandatory minimum sentences for violent crime and for selling hard drugs like crack or crystal meth. We see them selling crack on the corner. Arresting the crack dealers for selling crack not the users and putting them in jail for three months is not excessive. It is a goal within reach. And I still think that arresting everyone else for selling pot but letting the Hells Angels do it is wrong, wrong, wrong.