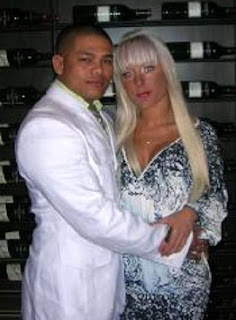 Jefferson is one of Eldriegson's brothers. Their other brother Erickson Lopez Delalcazar was the one arrested in connection with that huge cocaine bust in Calgary.

The police used a stun grenade to arrest Jefferson in Victoria April 2008. Delalcazar faces a charge of possession of an undisclosed amount of cocaine for the purposes of trafficking, and two charges of breaching conditions in relation to previous arrests, Hamilton said.

The previous arrest was with regards to a fight in Denny's on October 20, 2010. Jefferson was present and was also charged.

Jefferson Lopez Delalcazar pleaded guilty to assault causing bodily harm of Sukhpaul Parmar - a stranger - and assaulting and criminally harassing his former girlfriend Magdalayna Moraitis. Moraitis tried to escape by climbing over a divider to another booth, but Delalcazar caught her, grabbed her by the hair, threw her to the floor and punched the back of her head. People in the restaurant pulled Delalcazar off her.

So Eldriegson is on the court records as having threatened to bitch slap Emma Kunz and Jefferson actually did beat up his ex in public with Eldriegson present. What kind of men threaten and beat women? None to be admired or respected. This is a picture of Jefferson with Kevin Baker who has numerous charges of possession for the purpose of trafficking. Can we see the pattern yet? 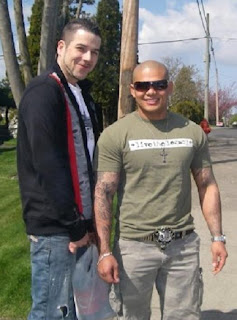