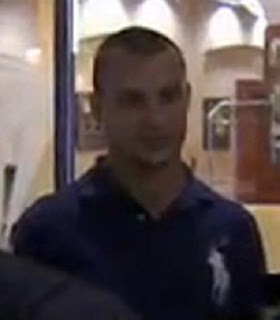 Gang shootings, right, my bad. It's really hard to keep up with the play by play on all the gang shootings. We know Mehrdad Saki was shot in the face in New West last Monday and Axel Curtis was shot dead walking his dog in Vancouver Sunday morning. He was shot six times in the chest. at 8:10 into this Youtube video you can see a clip of Axel.

The Vancouver Province claims "Latest gang killing highlights growing Metro Vancouver drug war." OK let's do the math. Axel was a member of the UN. So the UN didn't kill him neither did the Dak Pack. The Red Scorpions work for the Hells angels now so if the Red Scorpions shot him who do you think is ultimately responsible?

The Hells Angels killed three guys connected to the Surrey drug trade in five weeks not long ago. It was all about doing what Eric Sandburg told Agent 22 they were going to do - eliminate all the competition in Surrey. Let's not forget the recent Hells Angels shooting in an Ottawa shopping mall.

Here you thought I forgot about the Hells Angels just because I was writing about cocaine dealers in Victoria. Who do you think they work for? One of the suspects is friends with the son of the owner of the Western Wind. Go figure.