A Wake up Call 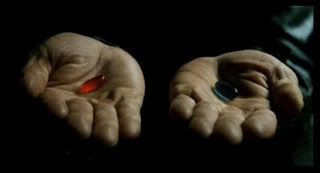 It appears that even my regular readers misunderstood the allegory in my last post. I have decided to continue with the blog and web site. I'm just getting a little bit burned out and need to cut back how much time I spend so I can balance it with some of the finer things in life. Like climbing mountains in winter with snowshoes or paddling up rivers to see the eagles feed off the spawning chum.

I was sincerely thinking of making my previous post my final post. For a while at least. Then as I got to thinking about it I looked up what the military bugle last post was historically all about. The Last Post isn't a final blog post, it is a historic tune on the trumpet played at remembrance day. One of it's purposes is to remember the fallen soldiers in war. Another purpose in the field of the Last Post was after a battle when it was played to gather the wounded so they could regroup.

On Remembrance day the Last Post is played and after a moment of silence is followed by the Rouse which is a wake up call so to speak. Very similar to the First Post which is a call to inspect the troops. On remembrance day we remember the dead and arouse our sense of duty by waking up to the cause.

In the Matrix, Morpheus offered Neo two choices. He could take the blue pill and when he woke up life would be back to normal. Everything would be as it was and he would have no knowledge of the Matrix or that anything else that was amiss. However, if he took the red pill that would waken him from a deep sleep so that he could see how deep the rabbit hole really goes.

When I look at the gang war as well as the political climate that is affiliated with it and enables it, I think we all can agree that the public needs a wake up call. Yet whether or not the public decides to waken from it's apathetic slumber, we all as individuals have to decide what we will do as individuals. Obviously we can't solve all the worlds problems. Yet we can chose to be informed. We can chose to look beyond the official version of things we are fed and make our own decision on the various issues at hand.

Most of us would agree that if we are going to address the gang war, reform the police, fix the judicial system, repair the prison system and confront the crooks on Wall street that embezzle pensions, we need to look to a political solution. I submit that the US Constitution is a marvelous political model to accomplish that task. Yet many misquote, misunderstand and manipulate the Constitution to promote their own welfare above that of others. The pledge of the preamble states:

"We the People, in Order to form a more perfect Union, establish Justice, insure domestic Tranquility, provide for the common defence, promote the general Welfare, and secure the Blessings of Liberty to ourselves and our Posterity, do ordain and establish this Constitution. I got a kick out of how Michael Moore pointed out it doesn't say the word Capitalism anywhere in the Constitution but it does say "We", "Union" and "general Welfare." He jokingly said that sounds more like the other ism. It's not but the point is promoting the general welfare striving to create a more perfect union is not a Communist plot to take over the free world. We've been had by the Kings and Queens of Wall Street.

Remember those old Schoolhouse Rock commercials about the Constitution? That was back when they had commercials for kids teaching them grammar. How about that old I'm just a bill song explaining how a bill becomes a law. There's one about the real Boston Tea party. The one Sara Palin missed about the ride of Paul Revere and one about the 19th Amendment.

There's a more modern rendition of the Bill of Rights which is similar to our Charter of Rights in Canada. There's an interesting founding fathers rap as well. I know Canada has a different history than the United States. Our forefathers were loyalists. Yet democracy, free speech, lawful assemble, these are unalienable rights to which we all aspire. So which will it be, the blue pill or the red pill?