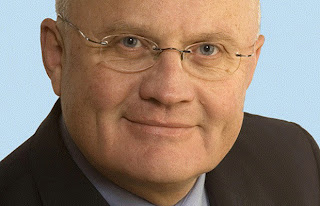 Saturday is the municipal election and I still have to go through the election booklet to see who all is running. Although I did think Dianne Watts has done some good things for Surrey there have been numerous concerns brought to light after her bizarre and brazen endorsement of George Bush's endorsement of torture and Investment fraud on his recent visit.

Surrey mayoral candidate Ross Buchanan has raised a very valid concern about this new conflict of interest development corporation she created. "Very few people in Surrey are aware that in 2007, Dianne Watts and the Surrey First councillors created a wholly owned development corporation in which the city are the main shareholders," said Buchanan.

"Diane Watts, Coun. Linda Hepner and city manager Murray Dinwoodie sit on the board of directors. How can the mayor and council remain independent of influence when they are sitting on the board of their own development corporation whose goals are at odds with the livability of the entire region?"

Buchanan said the corporation is "riddled with a lack of transparency" and has not been accountable for its activities. "It is highly irregular that the financial statements for the corporation would be consolidated with the city's. It is a separate entity. Requests for detailed accounting are denied," he said. He said valuable city assets have been transferred to the corporation with little or no public consultation.

This is a huge concern. The real cost of Surrey’s $100-million new city hall and the huge budget expansion is another. As we have seen raising taxes is the only way to pay for pork barrel politics and that is what she's endorcing with the gas tax.

It appears that the lovely Laila is endorsing Ross Buchanan for good reason. I think I will too. Watts may well be a shoe in but she did lose my vote over that George Bush fiasco. The Christy Clark like endorsement was shocking. Yet not all the Surrey First candidates are shoe ins. I think my first step is to not vote Surrey First. That will reduce the pork barrel lack of acounatability the Surrey First political party are creating.