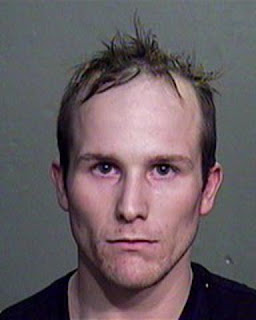 Three of four suspects wanted in connection with a weekend home invasion have been arrested, and a warrant has been issued for the fourth.

Early Saturday morning, Police allege four masked men forcibly entered a residence in the 21-hundred block of Norwood Street. The thieves reportedly made off with a quantity of cash and jewellery, but not before allegedly assaulting a man and two women inside the residence. RCMP say the suspects and victims were known to each other.

The suspects and victims were known to each other. One reader claims one of the men charged, Ryan Moore, is former Renegade president Billy Moore's son. Billy Moore was the one that was shot in his truck outside his home which was burned down after a Hells angels drug bust connecting Prince George to the East Vancouver Hells angels.

Billy Moore wasn't an informant. He and Cedric Smith unknowingly sponsored one. I am told Billy Moore was well liked in Prince George. A home invasion and rape sounds so archaic. Sad the brutal violence in continuing.

Recently there was a drive by shooting in Calgary which police say there is nothing to suggest the incident is gang related. Maybe the Edmonton Police Service's media liaison is helping with Calgary cases now. I'm not sure if they have finally determined the the bullet ridden SUV was actually a homicide yet but the discovery of Dana Turner's body is.

Also, a suspicious fire at the Kelonwa marina. That was the site of that large cocaine ring that resulted in the first effective implementation of organized crime legislation in BC that didn't actually name the criminal organization. Yet wire tap evidence in that case heard one of the convicted parties was instructed to bring some cocaine to the Hells angels clubhouse in Kelowna.