The Rock Machine Down Under 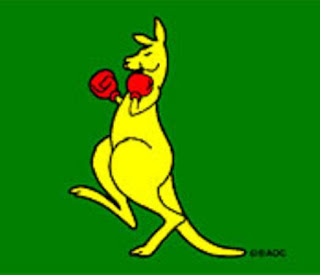 This facebook page also has a good history of the Rock Machine. It claims that around 1982, Salvatore Cazzetta was a member of a white-supremacist motorcycle gang named the SS, who were based in Pointe-aux-Trembles, on the eastern tip of the Island of Montreal. A fellow member of the SS was Maurice Boucher, and the two became friends. As leaders of the gang, they became candidates to join the Hells Angels when that gang decided to expand its international operations into Canada.

In March 1985, a Lennoxville, Quebec chapter of the Hells suspected the Laval chapter of wasting drug profits by using too much of the product themselves. The Laval chapter was invited to a Lennoxville chapter party. When the five Laval members arrived, they were ambushed and murdered. Two months later, at the bottom of the St. Lawrence River, divers located the decomposing bodies of the victims wrapped in sleeping bags and tied to weightlifting plates.

OK let's pause there a moment. Salvatore Cazzetta, the founder of the Rock Machine was originally a member of a white supremacists motorcycle gang called the SS along with Mom Boucher. Both groups have a history of involvement with White Supremacy. Cazzetta kinda sounds Spanish but it's Italian.

Salvatore, like many others, was outraged with the betrayal in the Lennoxville massacre. Hells Angels killing their own just because. That's not what the MC movement is about. Mom Boucher and his other pal Biff Hammel didn't have a problem with it. In fact, they used it to their advantage to climb the ladder and get their patches. In fact Biff Hamel was a prospect of the Laval chapter and was present when they executed his sponsors and seized the opportunity for advancement. That's kind of a dirty politician not a loyal friend. Hells angel hitman Yves "Apache" Trudeau was also a member of that chapter but didn't show up for the execution. After they killed his brothers he became a police informant.

Not surprising, Biff Hammel and Maurice Boucher used a similar betrayal to take over the Death Riders by forming an allegiance with some aspiring members of that club who met with them right after their presidents funeral to become a Hells angels puppet club. The betrayal and murder of the Death Riders president helped the Hells angels take over the entire drug trade in Laval.

So get this, years later history repeated itself. The Rock Machine merged with the Bandidios and the Texas head office ordered a hit on the Toronto chapter and another aspiring leader was more than happy to seize the opportunity to murder his own brothers. Another white supremacist murdering his fellow members. Once again the Rock Machine were outraged and broke off on their own. Unfortunately, their ultimate purpose is the same as the Hells angels - to sell drugs. The turf war is a war over drug territory for drug profits.

After the Bandidio massacre, Salvatore Cazzetta went back with his friend Mom Boucher to join the Hells angels and became the president of the Montreal chapter. I kid you not. This would reinforce the rumour in the book The Angels claiming that Maurice "Mom" Boucher at one time paid his "rivals" in the Rock Machine to murder some of his own people who he saw as political threats to his leadership within the club. The author of the book claims to have received the information from an ex Rock Machine member.

Ya gotta wonder about it since Salvatore was his friend and rejoined him once all the political opposition was eliminated letting him become president of the Montreal chapter once and for all.