Rats and the Vancouver Occupation 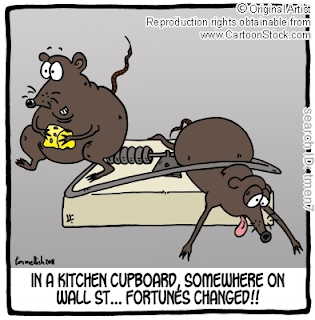 OK I've got two things to say before I go ballistic. The NPA and their cruel supporters have been hitting the media of late complaining about the tents at the Art Gallery part of the Occupy Vancouver. First I need to point out that the NPA were absolutely cruel. They were kicking the homeless out from under bridges and stealing their personal belongings. At least they mandated the VPD to do that when the Woodwards Squat was on. The Woodwards squat by the way did have a purpose. It was a demonstration objecting to the cruel mandates of the NPA and the huge homeless problem in Vancouver. After that demonstration Larry Campbell was elected mayor and things improves temporarily. Now Mayor Robertson is campaigning with Vision Vancouver on a social housing platform which is obviously needed in Vancouver.

The Vancouver Occupation has a hugely significant message. The corruption on Wall Street is out of control. Because of a huge amount of investment fraud, the US spent an insane amount of tax dollars to bail that fraud out which simply enables it to continue. The Greek financial crisis is hugely significant and is even effecting our markets. That crisis was created through investment fraud. There has never been a time in the earth history when a political protest has had more importance than the current Occupy Vancouver protest.

This is the insestious lie: Yesterday the headline was "Markets surge on Eurozone deal." Today the con reads: "TSX sinks on Greek vote shock". Global stocks took a beating on fears a Greek vote against the rescue package could result in a disorderly default on the country's debt and hamper efforts to stop the euro zone's debt woes from spiraling into a global crisis.

The best way to rob a bank is to own it. Now we read the banks are buying the TSE. Isn't that conflicted. Goldman Sachs are telling us that if we bail out the banks our market will improve but if we don't bail out the Greek investment fraud debt, the markets will crash. Oh the cunning plan of the evil one.

This guy just won't give up. Two days in a row the same editorial. Instead of burying our heads in the sand and only saying what's so bad about the Vancouver Occupation, let's spend a minute to talk about the corruption on Wall Street. Madoff said he was one of many. Santa Clause parade rerouted to avoid the demonstration. Now that is a logical solution. Mind you the general public is welcome at the occupation site. Right beside the media tent is an information both where people are happy to explain some of the issues to anyone who wants to know.

How about it's unfair white collar criminals can completely destabalize the mrket through investment fraud and no one gets arrested!!!!!