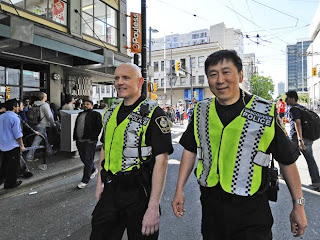 Ya gotta admire Jim Chu. He's in a completely different league than Pat Fogherty. Jim Chu is intelligent but he also has heart. He's a media magician but more importantly I really believe he cares. He cares about his job, he cares about the people he serves and he cares about the public interest. He is what we would describe as a good cop. They do exist and they restore our faith in the system.