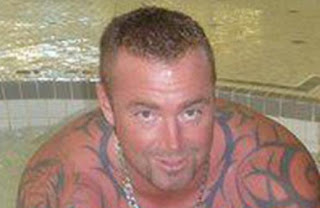 Two men were killed in a shooting Wednesday night in an east-end Ottawa shopping mall. One of the victims has been identified as Graham Thomas, co-owner of the Caribbean Exposure tanning salon, in which or near where the shots are believed to have been fired.

Thomas was arrested in 2000 in a police operation to dismantle the region's most prolific supply chains for cocaine and other drugs. He was a lieutenant for Richard Clarke, of Montreal, who was a broker between cocaine suppliers in Montreal and a relatively big drug-distribution network in the Ottawa area.

In 2000, Thomas was arrested in a major raid on some of Ottawa's major drug dealers, police said at the time. The Hells Angels motorcycle gang was also the focus of that drug bust. However, Outlaws, rivals of the Hells Agnels, were also targeted.

Court records show Thomas was set to appear in court next Sept. 17 for charges of assault with a weapon and aggravated assault. The charges came after an incident May 5 this year when police said Thomas assaulted another man with a baseball bat.

Court records also show Thomas escaped charges and jail time in four other charges for assault, drugs and break and enter. They were all withdrawn during an eight-year period between 1997 and 2005.

Two sources told the Ottawa Citizen the second man was Jason Chapman. Jason was convicted of drug trafficking in 2007. Police sources also said Chapman was a driver for Thomas because he lost his license due to the impaired driving charges in 2008. Thomas rode in a Bentley GT worth about $250,000, one of only two in Ottawa, police sources said.

So the question is, were the shooters from a rival gang or was it just another case of the Hells Angels shooting their own as house cleaning. And the answer is: False allegations of being a police informant. Just like Britney Irving. They didn't even notice the spelling errors in the fake report. Ontario Village Idiots.