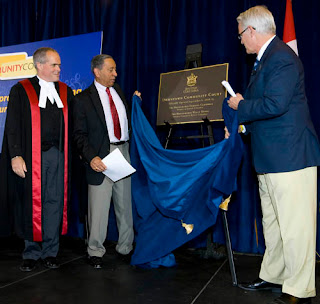 Michael Smyth made a good point. He said the least-surprising development at the Missing Women Commission of Inquiry so far is that it will last much longer, and cost much more, than previously anticipated.

Everyone knew this inquiry was ripe to transform into the political circus it's become, and Wally Opal is not known for his efficient work habits — especially when he's bagging $1,500 a day plus expenses. Now hang on to your wallets. On the very first day of the inquiry, Opal's chief counsel confirmed what everybody had been expecting — the budget and deadline are likely to be blown out of the water.

Wally Opal is financially benefiting from this circus side show. I can't stomach reading all the bs drama about the inquiry venting on the police. What a side show. What a waste of money. The real issue is who else was involved, who killed all the other missing women and which drug dealers are pushing Native Women out of hotel windows in the Downtown East end over drug debts. The real questions aren't being asked.