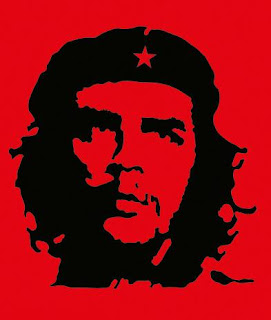 I know this post doesn't have anything to do with the Hells Angels or the gang war but since there has been so much talk about the Vancouver Occupation as well as the New York occupation and what's happening around the globe, I do think in all fairness it needs to be said. For those who just want to hear about the gangs, scroll past. The gang problem is continuing.

I used to work with a good friend who thought I was a Communist for the same reason I thought he wasn't. We both believed in democracy and free speech. I found that somewhat ironic. I used to be a member of a large trade Union. Many members of which were self professed Communists. I was somewhat shocked. I remember having one discussion with a very intelligent National officer who said to me "The Chinese Red Square call themselves Communist but they aren't really Communist. The old Iron curtain and Eastern Europe (Before the fall of the USSR) call themselves Communists but they aren't really Communists." My response was what on earth are you talking about? That's what Communism is.

I've had many debates and heartfelt discussions with many who profess to be Communists. After hearing them out I wouldn't classify them as Communists, I'd classify them as Democratic Socialists which in my opinion is a far cry from hard line Communism. Yet they don't define it as such. They claim true Communism is democratic. It's just so sad every time we see a Communist regime take over, democracy and free speech are the first to go.

These friends would always hold up Cuba and say Cuba is the best model for Socialism we have. I was like what are you taking about? They hold political prisoners. Sure it's a watered down form of Communism because they haven't outright banned religion, but they do discriminate against religion. You can't be a member of the Communist party if you have a religious affiliation and you can't run for office unless you belong to the communist party. I don't see that as a democracy. Yet doing business with China and boycotting Cuba is somewhat absurd.

Personally, I think the best model of Socialism we have is the Kibbutz movement in Israel. That's where volunteers can come and go as they please while those who wish to stay are free to do so. That is the defining difference. They are free to join and they are free to leave. No one earns a wage per say, the profits from the Kibbutz go toward making the standard of living for everyone better. I loved it. I recognize it's not for everyone. Some people don't like to work. At all. They take advantage of the system. Others are greedy. They want more than others and consume all the rations before everyone has had a chance to share. Yet all in all I found it to be a wonderful experience.

Here's my conundrum. True democratic socialism that's governed by the people for the people can only exit in a constitutional republic. For example in Canada or the U.S. people are free to form a collective community where they share things in common. The Amish do. They are free to come and they are free to leave. Their human rights are protected by a Constitution or a charter of rights.

As soon as you throw away that Constitution or that charter, you are throwing away any and all legal protection you have that preserves your democracy. I don't care how wonderful or opiate like the ideals of Marx sound, talking the talk is very different than walking the walk. Lenin taking over the Russian revolution from Shiplov and then sending in the machine guns on the same unionized workers he exploited to get power is a prime example. Like any politician they can promise you the moon but when they assume power they do what they want. A Constitution, charter, proclamation or a declaration needs to bind the politicians to protecting human rights.

Some on the right are deathly afraid of socialism and any element there off. I personally don't share that same paranoia. I consider myself half capitalist and half socialist. I have no problem with someone starting a business and making a buck. Selling those Hope in the Shadows calenders in East Van is capitalism. More power to them. Yet I'm not afraid of sharing things in a collective. I like socialized medicine. A civilized society does not exist if a homeless person can't receive emergency medical aid.

Trailrunner claims that all forms of Socialism lead to the Gulag. Many on the right share that opinion. I don't. It's pretty simple to draw lines in that sand as set foundries. I'll never forget hearing Joan Smallwood from the NDP speak many years ago at a large Union convention. She spoke out against the human rights violations of Communist China. I was surprised. Yet the New Democratic party is defined by democracy. She drew a line and she did not cross it.

She also spoke out about how trade agreements like NAFTA or TILMA are bad not only because they ship jobs off shore. They also erode our democratic rights and our sovereignty by removing government's power to create a law that would inhibit a corporation's ability to make a profit. Public health care inhibits a private corporation's ability to make a profit so if you chose public health care, that trade agreement just made it illegal. Dumping or transporting toxic waste damages the environment? Too bad because laws that protect the environment inhibit a corporation's ability to make a profit. These new trade agreements aren't about free trade. They're about removing our sovereignty as we speak. That is the road to
the Gulag right there.

We talked a little but about Cuba and Poland. Remember how Cuba got screwed up in the first place that necessitated a revolution of sorts? The Americans were supporting organized crime in Cuba. The Batista government were a corrupt right wing dictatorship. They didn't care as long as they weren't socialist. They even enlisted the support of the mafia to fight Castro. What the Americans did was wrong. Just like what England did in Iran under operation Ajax when they finally recruited the Americans to help them with that political meddling to exploit for oil. Not much has changed.

I just think we should shun extremism. It is important to confront the corruption in Wall Street. The former Vancouver stock Exchange is a legacy to that urgency. Yet I don't think we should throw out the baby with the bath water and start chanting Castro or Mao. A left wing dictator is no better than a right wing dictator and visa versa. Let's confront corruption and not get swept away in any extreme so we can also preserve democracy and free speech.