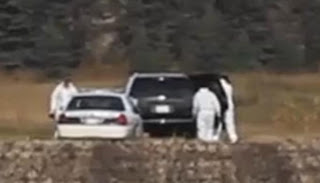 Edmonton Homicide investigators spent much of Tuesday combing through a bullet-ridden black SUV - parked at a cemetery - that contained the bodies of two men. They're treating the deaths as suspicious but they need time to investigate before they can call it a homicide.

One would think that the bullet ridden SUV might be suspicious indeed. If it is determined to be another homicide it would mark Edmonton's 41st and 42nd homicide this year. Much more than the annual rate of 27 in 2009 and 2010 and has now broken the record from 2005 of 39.

One blog reader claims that the murder victims are Trevor Greenway and Jason Trundle which has yet to be confirmed. I'm not sure why the police aren't releasing the names of the victims. Seemingly Greenway has a criminal history which includes two years in custody for possessing cocaine for the purpose of trafficking in Saskatchewan. Gee there's a gang war going on in Winnipeg... 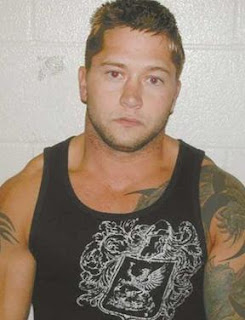