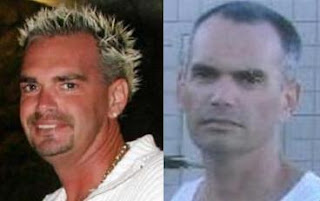 Speaking of the Hells Angels selling drugs, here's a comparison photo of Rob Shannon when he was living it large with Weird Hal and when he was in prison back in 2009. Looks like he stopped bleaching his hair in prison. He's given up that geeky bleach blond frosty look. He looks a little more human with a touch of grey. 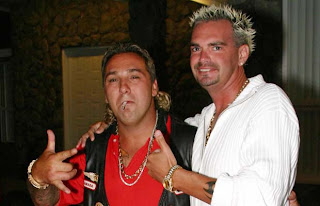 Let's not forget his boat that his Dad rode around on. Can't tell me his Dad didn't know where the money was coming from. I heard T-Pain bought his boat. Not sure who got the truck. 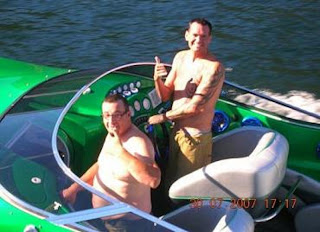 I'm going to talk a bit about greed. I mean look at that boat and what's worse look at that truck. Sure they're expensive. Probably cost as much as a house. But it really looks dumb. It's extreme. Oh look at me. I'm looking at an idiot alright.

I'll admit a geeky bleach blond was the perfect cover for a cross border drug ring. Yet look at all the misery all that crack caused. He was trading BC bud for cocaine to be brought back to Canada to be sold as crack for the Hells Angels. So when the Hells Angels puppets in Prince George called the Crew were cutting off fingers for crack debts, that's what paid for Robbie's dumb truck and boat.

The problem is the greed. No one would care if the Hells Angels owned a few grow ops. It's when they use violence to take over all the grow ops we see them become consumed in their greed.

No one would care if the Hells Angels sold pot at the Bulldog Cafe or out of the Black Door next to it. It's when they say no one else is allowed to sell pot and used brutal violence to take over that market we see them become consumed in their greed.

No one would care if the Hells Angels sold BC bud. It's when they trade all that BC bud for cocaine in the states and bring it back to be sold here as crack that we see them become consumed in their greed. Why can't they just sell BC bud. Don't tell me the buyers don't have the money to pay for it. They sell it to customers who buy it. Everyone makes more money by selling crack. Making money isn't good enough they want to make more and more money until their greed consumes them. It's all about greed and as they say in Rome, Pride cometh before the fall. 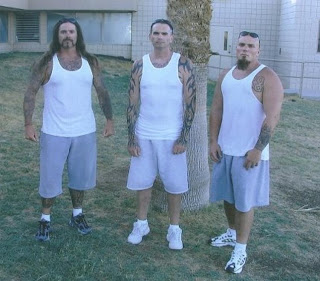 Then there's the prison mentality. Everyone is so obsessed with looking tough and being bad. It's like these guys never grew out of high school. Who are you trying to impress? Shaving your head and getting tattoos instead of hair. That doesn't look hard core it looks dumb. How are you going to get a real job? Oh you don't need a real job because you're gonna sell crack. Until they find someone who will do the same job for cheaper and they pull a Juel Stanton, a Geoff Meisner or Matthew Rheaumeand and put a cap in your ass. They will use a couple of big guys then stick a knife in their back when they're finished with them. It has nothing to do with brotherhood and everything to do with greed. 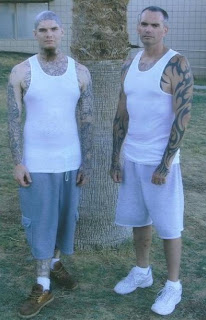