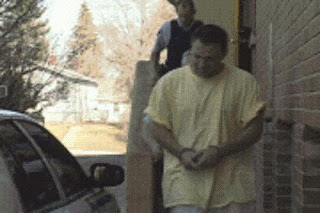 Three BC men have been charged in a cross border drug smuggling ring in Saskatchewan. 30 kilograms of cocaine, 100 Ecstasy tablets, cash and firearms were seized. Come to think if it, that's where Derrick Madinski brought the BC bud across the line to meet up with Joe Brallic.

Actually the cocaine and Ecstasy were seized in BC. They just brought it across the border in Saskatchewan. RCMP say 25-year-old Brock Ernest Palfrey from Silverstar, B.C., 50-year-old William Bruce Larsen from Coldstream, B.C. and 28-year-old Ronald Charles Learning from Golden B.C. are charged with conspiracy to import cocaine and to export ecstasy.

Silverstar and Coldsteeam. Surprise surprise. That would be Vernon. That would be the Vernon Greeks territory who work for the Hells Angels. The Vernon Greeks used ruthless violence to control the drug trade in that area. They were found with Hells angels support gear. So I wonder who is ultimately responsible for this cocaine bust?

In fact Brock Ernest Palfrey was charged in a rather large cociane bust April 22 2010. That article said he was from Vernon. Silverstar is in Vernon so to speak. At least eight law agencies in Canada, including the Vernon RCMP task force, helped in the investigation along with representatives from the U.S.

Interesting to note that a 2003 Ford Winstar was stopped, searched and seized in Salmon Arm, resulting in a third person being arrested. Salmon Arm, isn't that shocking. One of the Haney Hells Angels owns land out there doesn't he?

Destroying wonderful small towns like that. Shame on you.