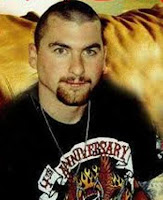 We remember the disturbing murder of Cynthia Garcia and the man hunt for Hells Angel Paul Eischeid who was found in Argentina.

Well, Kevin J. Augustiniak, one of several members of the Hells Angels initially charged in Cynthia Garcia's death has pleaded guilty to second-degree murder. Eischeid remains in Argentina awaiting extradition back to Arizona where he'll face a first-degree murder charge.

Investigators said Garcia was severally beaten, stabbed 27 times, partially decapitated, stuffed in a trunk and dumped in the desert. Eischeid was arrested in 2003 but released on his own recognizance because he had a good job and a relatively clean criminal record.