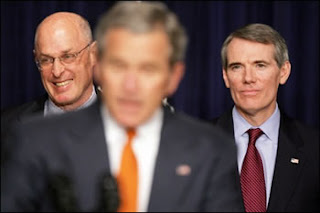 The Greek financial crisis is in the news again and is effecting our economy as well. We've talked about how the Greek financial crisis was the result of investment fraud. Jochen Zeitz, the outgoing chief executive of Puma, claimed: "This is about systematic evasion and embezzlement." What was public money is now, mysteriously, become very private money.

The former manager of a well known and reliable insurance company in Rhodes, convinced Rhodian investors with substantial financial standing, to redeem their mutual fund units and reinvest in virtual and non-existent securities funds, which he had invented. Greek "Madoffs" are springing up like mushrooms.

Well the latest news is that after this investment fraud was allowed to create a financial crisis in Greece, Goldman Sachs helped hide that debt so they could join the EU and get a tax payers bailout. This is causing investors to call for more regulation not less. Deregulation enables investment fraud.