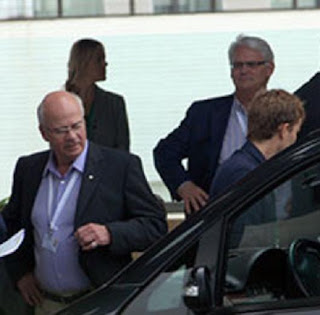 I'm not sure what the Bilderberg meetings are all about but here's a picture someone sent me of Gordon Campbell and Peter Mansbridge at Bilderberg 2010. 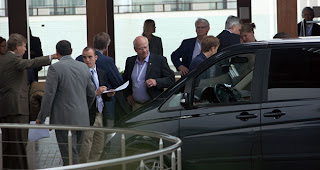 No doubt the credibility of Bilderberg was diminished with Mr. Campbell's presence. Aside from being a drunken pig, he certainly isn't the sharpest knife in the drawer. Leaving office with the lowest approval rating for a Premier in Canada was a natural consequence of his bizarre attitude while in office.

I have heard about the Skull and Bones and the Bohemian Grove. Sounds pretty weird to me. I don't know much about the Illuminati other than what was portrayed in the movie Tomb Raider but I don't understand the fear of the all seeing eye logo on the American Dollar. The founding fathers were Freemasons. They had a belief in God. On the US Dollar is the slogan In God We Trust. The all seeing eye in the capstone of the pyramid simply means the all seeing eye of God who we are told is the great architect of the Universe.

Personally I think all the paranoia about the Freemasons is a smoke and mirror distraction for the real concern. Not only were George Washington and Ben Franklin Masons, but there were many Masons involved in the Labour movement. The carpenter's Union is but one example. 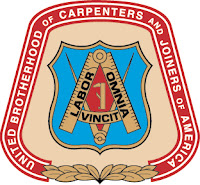 Free Masons pledge to believe in a higher power and strive to live moral upright lives. They promise to keep their religious traditions secret not the crimes of other Free Masons secret.

No doubt break aways from the free Masons can change those objectives. The Skull and bones sect sounds just plain weird. However, let us remember that it was Free Masons that helped write and frame the U.S. Constitution which preserved on paper the liberty and freedom we all cherish so dearly.

In fact, me thinks Free Masons would be appropriate allies in over coming these dark secret groups that conspire to destroy the liberty and agency of man and enslave them to corrupt corporations driven by greed. The secret societies Kennedy warned about were not the Free Masons, they were the CIA. The ones who submitted Operation Northwoods which he had vetoed. 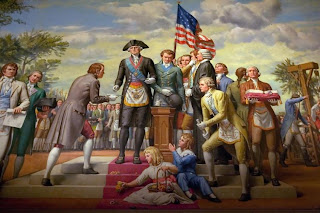 Posted by Dennis Watson at 4:57 AM