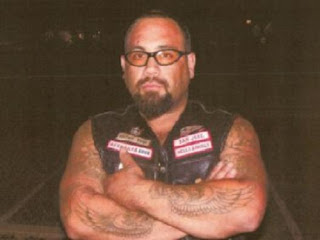 We heard about the recent shooting at a Hells Angels funeral in California. Well the suspect pool just got a bit confusing. San Jose police continued their manhunt for a Hells Angels member who they believe shot to death Steve Tausan, a fellow member of the notorious outlaw motorcycle club, during a funeral crowded with mourning bikers -- and then mysteriously disappeared under the watch of hundreds of police officers.

A Hells Angel suspected of killing another Hells Angel. Like that comes as any big surprise. San Jose police say Steven Ruiz, also a member of the motorcycle gang, shot and killed 52-year-old Steve Tausan on Saturday during a fight at the funeral for Jeffrey "Jethro" Pettigrew. About 3,000 people attended the ceremony at Oak Hill Memorial Park.

On Tuesday, police said Ruiz was fighting with a member of the gang when he was knocked to the ground. Tausan apparently became involved and Ruiz drew a handgun and shot Tausan.

Ruiz is now missing. Investigators say they dug up Pettigrew's grave to see if Ruiz may have been killed and buried there, but didn't find anything.

Tausan was a high-ranking member of the Hells Angels and an enforcer of club rules who sported a tattoo on his wrist that read "Mr. 187," a reference to the California penal code for homicide.

Steve Martin Tausan, 52, also was a bail bondsman who had served in the Marines and been a professional boxer before he became the second prominent Hells Angels member from Northern California to be gunned down in less than a month.

Although police had surrounded the cemetery in anticipation of possible trouble, the shooter somehow vanished. There was also no trace of the handgun.

That's why, sources said, investigators Saturday night got a judge's permission to exhume Pettigrew's coffin to see if Ruiz's body or any other evidence was hurriedly buried in the soil next to his former club president. They reportedly found nothing connected to Tausan's killing.

The coffin itself was not opened. Investigators suspect Hells Angels members or other bikers somehow managed to smuggle Ruiz, dead or alive, from the cemetery. They believe he may have been killed soon after he shot the 52-year-old Tausan, according to sources. 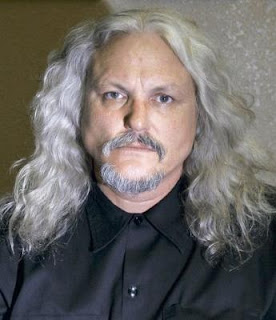