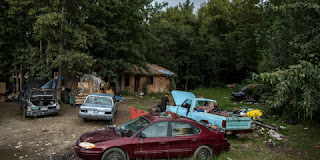 TBM is reporting that "An Anchorage Hells Angel got 18 years in federal prison while his wife got another four years for their role in a methamphetamine distribution ring in Anchorage."

KTVA is reporting that "Charles 'Pup' Denver Phillips, 46, was sentenced to 18 years in federal prison and five years of supervised release. His wife Lois Latrilla Phillips, also 46, was sentenced to eight years in federal prison and four years of supervised release. Schroder's office says the couple also agreed to hand over $24,492 of drug money found in their apartment. The press release says the couple admitted they kept a stash of meth and intended to distribute the drug in Alaska. According to Schroder's office, they also kept meth in a shipping container at an Anchorage dog kenneling business."