Arrest made in New Brunswick murder 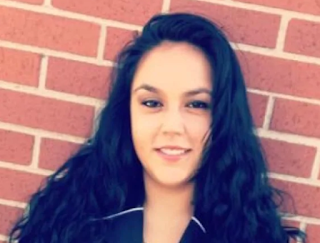 New Brunswick crime is reporting that "new developments in the murder of Candace Stevens last year have led to an arrest over the weekend. Police suspect 2 people were involved, one which has been arrested, the other is believed to have committed suicide." More details to come.

Global is reporting that "the suspect is due in Fredericton court at 1:30 p.m. Monday.

Update: CBC is reporting that "The man Fredericton police believe murdered Candace Stevens one year ago will never be charged because he's dead, but a woman has been charged in connection with the death of the single mother. Wendy Gail Losier, 42, of Moncton, appeared in Fredericton provincial court on Monday afternoon to face charges of being an accessory after the fact to murder and interference with human remains. The remains of Stevens, 31, were discovered on Warwick Road in Upper Derby, near Miramichi, on Oct. 27, 2018."

Global is reporting that "On Nov. 1, 2018, she was charged after a Walmart shooting incident that resulted in a police chase. Losier was a passenger in the vehicle that her 26-year-old boyfriend was driving. According to RCMP, the driver was injured during the chase and taken to hospital, where he later died. Losier was charged on Nov. 1, 2018, with theft under $5,000 and possessing a firearm knowing that the serial number on it has been altered, defaced or removed." 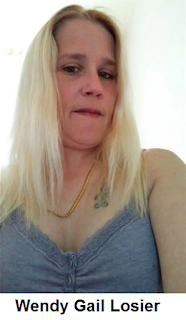