148 kilos of cocaine seized at the Port of Quebec 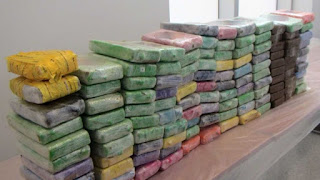 CBC is reporting that "The Canada Border Services Agency says it seized $7 million worth of possible cocaine at the Port of Quebec last week. Some 148 kilograms of the substance was found, in total. The agency said the substance is being taken to an RCMP lab for analysis. The suspected cocaine was found aboard the Navios Luz, a container ship which docked at the port last week. The ship, which flies the flag of Malta, was carrying iron pellets. So far in 2018-2019, the agency said, it has seized 1,430 kilograms of cocaine and crack."

WTF? Do they have Port Police in Quebec? Why not Vancouver?!

Quebec is doing something about organized crime. BC is not.