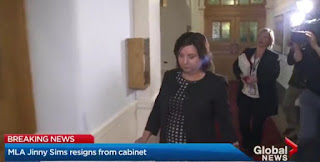 Global is reporting that "B.C. Minister for Citizens’ Services Jinny Sims has resigned from the NDP cabinet amid an RCMP investigation related to her, the premier’s office announced Friday. Premier John Horgan said he learned from Attorney General David Eby that a special prosecutor has been appointed to oversee the investigation, prompting Sims’ resignation."

CTV is also reporting that "Sims has been the subject of misconduct allegations in the past. In May, a former staffer in her office accused her of breaking the province's freedom of information rules, alleging that she instructed her staff to communicate with her via unconventional channels -- such as iMessage, WhatsApp and personal email -- while doing government business."

Jinny Sims is an arrogant snob. She is part of the dark undertow within the NDP that Laila Yuile warned us about. It is finally time to cut her loose. 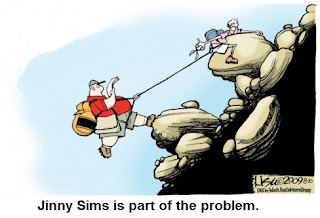