For those consumed with Trump hate 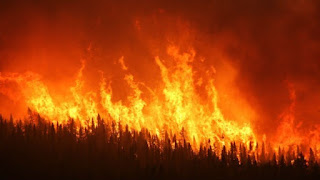 Before I pause to deal with some personal issues, I want to talk about hate. Buddha once said "Holding on to anger is like grasping a hot coal with the intent of throwing it at someone else; you are the one getting burned." Martin Luther King said " I've seen too much hate to want to hate, myself, and every time I see it, I say to myself, hate is too great a burden to bear." Indeed it is. Holding on to hate consumes us like a fire. We are the ones getting burned.

I know a couple of people that are so consumed with Trump hate they can't see anything else. They are blinded by their hate. This is the spirit of the left in our day. Without diving too much into the tenants of hate, I will simple point out that this is why Brandon Straka left the left and started the #Walk Away movement. If you are blinded by your Trump hate I ask you to set Trump aside and look at some of the other conservatives. Either way, one more term and Trump is gone.

Lynzee Domanico from The Closet on the Right broke our hearts with her coming out story and how she experienced more hate coming out as a conservative than she did coming out as lesbian. She is a very intelligent young woman. The Democrats are so consumed with Trump hate they want to use draconian lockdowns to destroy the economy so they can blame Trump. They are crinimally insane. We need to move forward. People are allowed to hold and express conservative values. We need to see past the hate and rise above it.