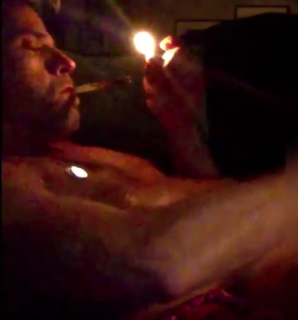 Well that was something I certainly didn't need to see. Hunter Biden lighting up a crack pipe while getting a foot job. Guo Wengui and Stephen Bannon just released the video. So when his wife said in divorce papers that Hunter was spending all the family's money on drugs and prostitutes, this video supports that claim. This time it was indeed a crack pipe not a crystal meth pipe.

OK I have a couple of comments to make. Hunter Biden laundering money for the Chinese Communist party in China and the Ukraine for his father is far more serious than him smoking crack getting a foot job. The latter is rather pathetic. I will also note that as deplorable as the CCP is, Guo Wengui and Stephen Bannon setting up their own government in exile is fishy as f*ck. They're not the freaking Dali Lama for God's sake.

On the other extreme, this Borat remix is a ridiculous farce. Sacha Baron Cohen punks Rudy Giuliani. He calls Giuliani for a fake interview and pays a 24 year old actress to hit on him. Sacha runs into the room shouting she's only 15 years old which is another lie. You guys are all pathetic. We are looking at something very serious here, a fraudulent attack on our economy and our civil liberty. That is the fact we have to face. As well as the destruction of the New York Model.

The Democrats are so far left they have become Marxists and the Media is completely f*cked. I support Candace Owens, Brandon Straka, the Hodge Twins and Blaire White. That is who I support. The media daily bombarding us with increase cases of people who are asymptomatic is a deplorable attack on our economy and our civil liberty. Stop the Fraud. End the lockdown.