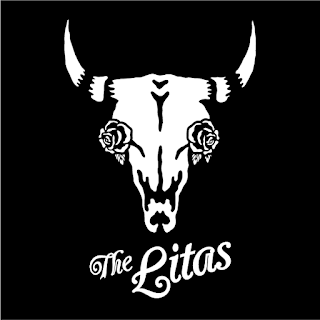 I'm heading out to do a Costco run today driving on the freeway from Surrey to Langley. I drive by a group of 8-10 motorcycles and as I drive by, I notice that they're all girls. Most on small Harleys. A couple of them had T-shirts that said The Litas. I'm like WTF. I'm all for equal opportunity but this is the first time I’ve seen a woman’s motorcycle group.

They didn't look like the dykes on bikes from the Pride parade. These girls were cute. I noticed they pulled into the Harley shop on 200th so I stopped in on my way back from Costco. I spoke with the Vancouver chapter leader who said there is also a chapter in the Fraser Valley.

Seemingly they started in Salk Lake city back in 2015 and are now worldwide including Dubai. I asked her if they had any affiliations or if the boys give them any grief and she said no. It doesn't say MC or 1% on their logo so I guess it's not a problem. I'm sure the red and white would love to invite them to their parties but buyer beware. These girls have each other's back so if you try to pull a Pickton Farm on them you will be busted. Respect. All hail yo.

Their website states “We are here for the free-thinkers, the adventurers, and the women who are unapologetically themselves. We inspire and empower women by showing them they can do whatever they set their mind to, whether that’s riding a motorcycle, or building an empire. We aren’t afraid to go against the grain and shatter stereotypes in the process.” Holy Cleopatra Batman that sh*t is off the hook. They're not a MC they're a motorcycle group that empowers women. If the red and white give them a hard time they should bring that to my attention.

Salk Lake City? I thought I recognized that buffalo skull logo. They don't wear patches because they are not a motorcycle club. IE they don't sling crack. They even allow transgender women. However, I don't think Jessica Yaniv would make the cut but Blaire White sure as hell would.