Well this is a historic moment. Sinn Fein won the most seats in the recent election. They have 27 seats while their rival the DUP lost three seats and now have 25. However, that is not a majority government. There are 90 seats in total and the other three parties received 34 seats between them. The Alliance Party came in third and received 17 seats. They are neutral in the Union Republic dispute. Sinn Fein want to be part of the Republic of Ireland, hence the song a Nation Once Again. The DUP want to remain part of England. It's interesting to note that the third largest party is neutral on that issue. That to me shows a more significant change.

Instantly the leader of Sinn Fein is talking about a referendum on leaving the UK and joining the Republic. Although that will alienate the DUP and all their voters, that's not my biggest concern. The Republic of Ireland doesn't use the Irish punt any more for currency known as punt. They use the EU now. Northern Ireland uses British pounds sterling.

My concern is that not only does the new leader of Sinn Fein want there to be no borders between the north and south, but they don't want any borders between them and Europe. That is my concern. They want to gain their independence from England and hand it over to Europe. That makes no sense to me at all. Sinn Fein has been hijacked by globalists.

The Irish Proclamation was about self determination and sovereignty. Not bowing down to the EU. I support Brexit. I think England and Ireland should both leave the EU. There is a lot of shady sh*t going on at the EU and none of it is good. Buyer Beware. 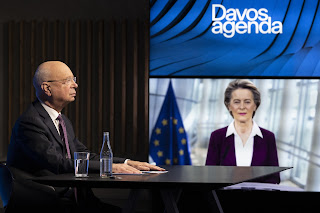