Cartel shot the Canadian tourists for a drug debt 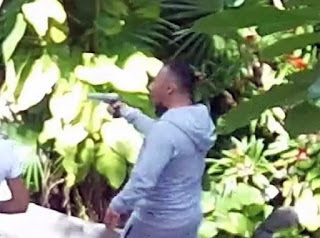 The Borderland Beat is reporting that "The Jalisco New Generation Cartel planned the execution of two Canadian citizens at the Xcaret Hotel in Quintana Roo in early 2022, who were members of a Vietnamese mafia cell that owed money to the Mexican criminal organization, for which they executed the two men in the tourist destination of Playa del Carmen."

"Robert James Dinh was the main target, considered by Canadian authorities and the Drug Enforcement Administration (DEA) to be the right-hand man of the head of the Vietnamese mob there, Cong Dinh. The latter is wanted for his alleged activities in laundering millions of dollars from the sale and shipment of ecstasy, marijuana, and cocaine. The operations linked to this subject identified by the DEA cover Mexico, California, Australia, Vietnam, and the streets of northern Canada." Sounds a we bit fishy. Local reports said the Red and White were involved.

Blaze, posing as a former UN member said "Canadian Hells Angels bikers owned a luxury condo by Playa del Carmen that was open to all members. It's kind of like a clubhouse inside a gated community protected by an armed guard." Blaze and Jamie Bacon are both in the rat pack now.